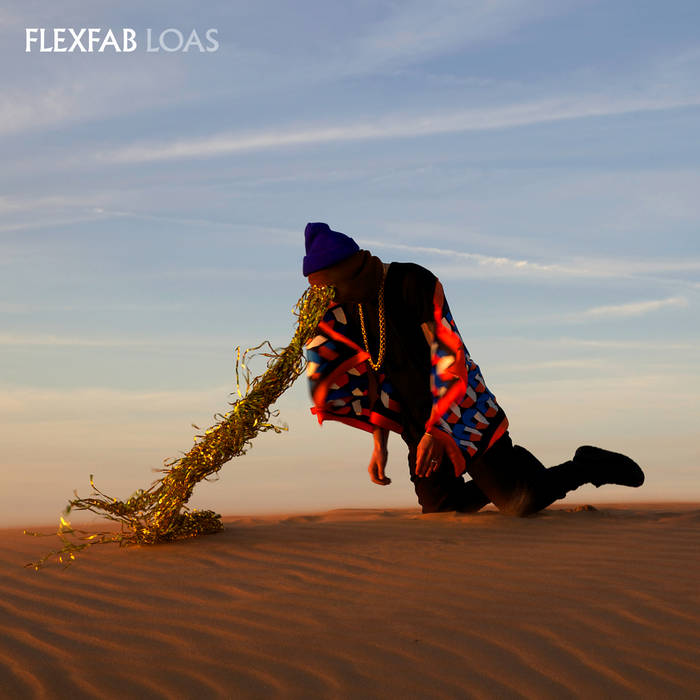 Following his break-through mini-album 'Manoir' of 2014, Swiss producer Flexfab launches the follow-up, a head-on and more live-oriented EP. Its title, LOAS, references spirits of the voodoo practices which would possess the initiated during a ceremonial dance driven by stupefying drums, and it announces unambiguously the essence of these new tracks : effective, engaging and entrancing.

As well as bewitching productions, LOAS also showcases Flexfab's excursions into different realms by featuring an alluring cast of collaborators, each steering the music towards a course of its own. Singer-producer Verveine brings a touch of pop to the otherwise aggressively direct opening track « A Bright August Day », Shake It Maschine gives a footwork vibe to the accurately titled « Break-Fast », while « Tricky Martine » gets a dirtier and bassier treatment with the appearance of Hook.

The five tracks making LOAS both serve as an excellent sample of Flexfab's varying musical designs and act as a coherent and captivating listen from start to finish. Not to mention they're hypnotizing and drum-heavy enough to trigger dance outbursts and other possessions by spirits.

Bandcamp Daily  your guide to the world of Bandcamp